We all need help maintaining our personal spiritual practice — whatever faith you have — Christianity, Islam, Hinduism or Atheism – being connected and mindful is a powerful rhythm in the well being of life.

Harvard scientists are much closer to proving what yogis have held to be true for centuries — meditation can wash off stress and even slow down disease. This groundbreaking research has demonstrated that meditation can literally affect genes and brain activity in the chronically stressed. We now know that these practices are so powerful that they can swith on and off the genes linked to stress and immunity.

Is Meditation Something You Should consider?

For starters, I absolutely know you have all felt stress because it's also been determined that there's more stress in people's lives today than 25 years ago. When you compare the early 1980s to today, economic pressures are greater, and it's getting harder and harder to turn off information.

So YES! Meditation is something you should consider as part of your health and wellness practices. Why, because its genetically compatible suggesting that you were hardwired for it. This means that the same power that made your body – also made it to respond positively to meditative practices!

What did new Brain Imaging and Genetic Tests find out about Meditation?

There is a true biological effect at play. Harvard researchers found that the kinds of things that happen when you meditate have effects throughout the whole body, not just in the brain. They found that many physiological parameters that occur during healing, are ramped up during meditation. This literally means, it helps you to repair and rebuild your body.

We live in an  ocean of stress. And stress-induced conditions such as hypertension and infertility to depression are all skyrocketing with healthcare costs paralleling this tragedy. These conditions account for 60 to 90 percent of doctor's visits in the U.S., according to the Benson-Henry Institute. The World Health Organization estimates stress costs U.S. companies at least $300 billion a year through absenteeism, turn-over and low productivity.

The study published in May in the medical journal PloS One showed that one session of relaxation-response practice (Meditation) was enough to enhance the expression of genes involved in energy metabolism and insulin secretion and reduce expression of genes linked to inflammatory response and stress. There was an effect even among novices who had never practiced before.

In another study, conducted by the University of California at Los Angeles and Nobel Prize winner Elizabeth Blackburn found that 12 minutes of daily meditation for eight weeks increased telomerase activity by 43 percent, suggesting an improvement in stress-induced aging. Blackburn of the University of California, San Francisco, shared the Nobel medicine prize in 2009 with Carol Greider and Jack Szostak for research on the telomerase “immortality enzyme,” which slows the cellular aging process.

We now know that the physical signs of aging – wrinkles, droopy skin, muscle loss and joint degeneration are all related to decreases in the telomerase enzyme. So naturally — if meditation can increase telomerase by 43%, you can effectively slow down aging!

Take that to your cosmetic store! 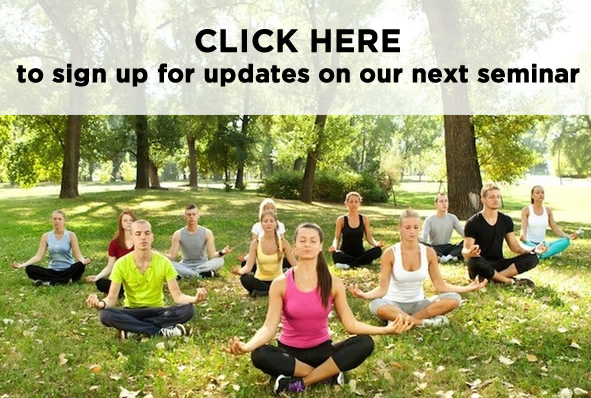